Objects and the Stories They Tell 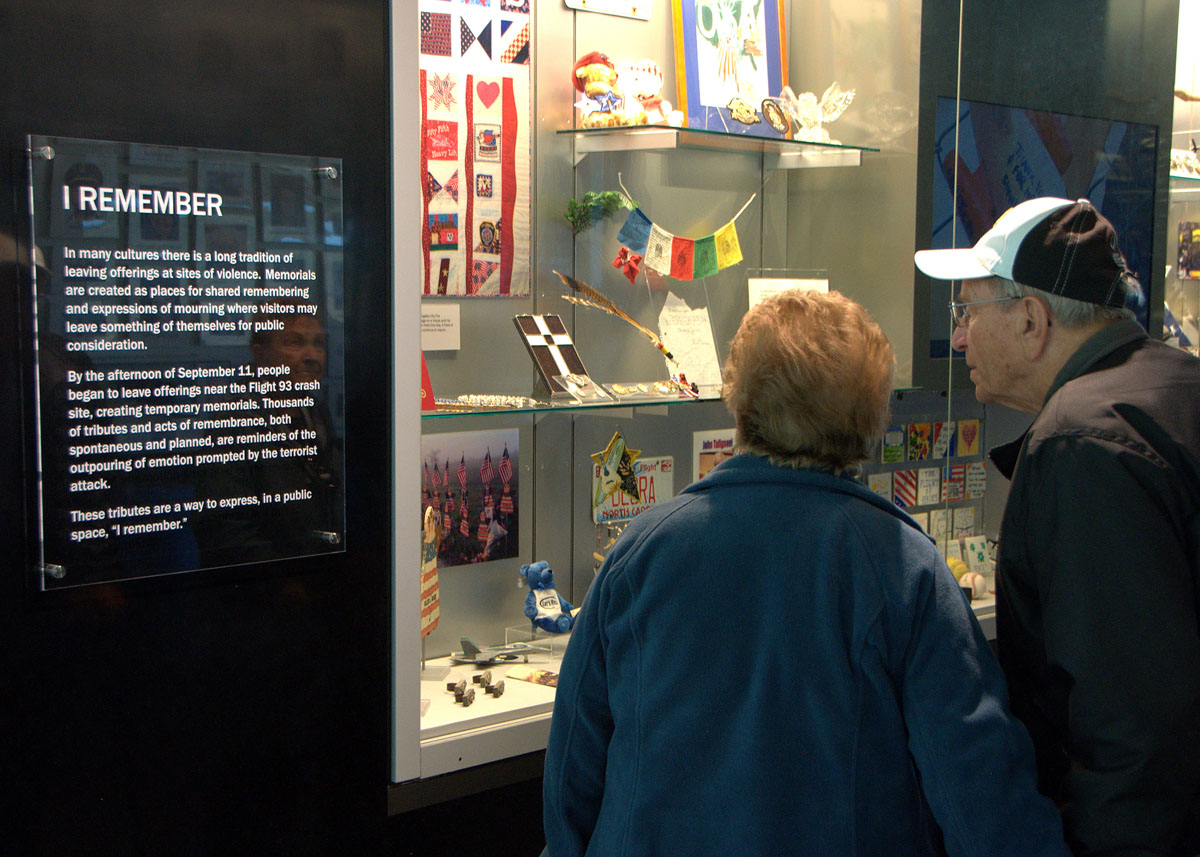 There are more than 250 objects that together tell the story of September 11 and Flight 93 in the permanent exhibit at Flight 93 National Memorial.

Each exhibit object has a story and those that help convey the story of September 11, Flight 93 and the response of those most affected by the events of that day provide sensory detail that enriches our understanding.  A gavel from the House of Representatives, the recovered boarding pass of the oldest passenger to board Flight 93, poignant final messages for loved ones, revealing aerial footage of the crash site and investigation, the fragment of a seat belt, the Congressional Gold Medal.  These are among the objects that speak to visitors in the permanent exhibit at Flight 93 National Memorial.

Another group of objects, tributes left by visitors to Flight 93 National Memorial, compose a large percentage of the Collection of the National Memorial.  Diamond-studded flight attendant wings, a bundle of sage collected from a tree branch, tiny baby shoes and worn Army boots, a message of gratitude from the nation’s capital, a child’s red and yellow airplane, a faded firefighter’s bunker coat.  These objects are representative of the more than 60,000 tributes that have been left since September 11, 2001 at early temporary memorials to Flight 93, as well as in the niches of the Memorial Plaza and at the white marble Wall of Names at Flight 93 National Memorial.  While some of the stories of these objects are known, others remain a mystery to their curators.  One can only speculate about their meaning, but each object in the Tribute Collection of Flight 93 National Memorial reflects the contributor’s need to say “I remember” in this public space.